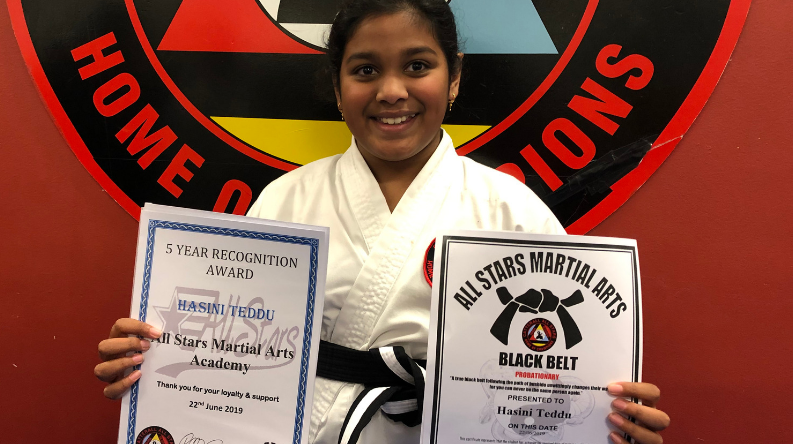 On Saturday the 22nd of June All Stars Martial Arts Academy hosted their mid year martial arts gradings at the national head office in East Bentleigh, Melbourne. Among the hundreds of students grading in various martial arts such as karate, muay thai boran, boxing and MMA, one student, Hasini Teddu graded for her black belt in Karate.

Hasini has been learning martial arts at All Stars Martial Arts Academy in East Bentleigh for over 4 years to prepare herself for this grading. She has shown great determination, commitment and discipline over the years and even more so leading up to the black rank grading.

Each student’s mental attitude, behaviour, concentration & fitness level have been assessed leading up to their grading as training & gradings are placed under pressure.

The black belt grading involves being observed and tested on various skills, such as physical techniques, fitness, self defence, verbal diffusion skills & coordination. To achieve this level, students must demonstrate to a panel of graders that they can execute each movement at a high standard. Hasini was also asked to use a range of techniques to defend herself from attackers. 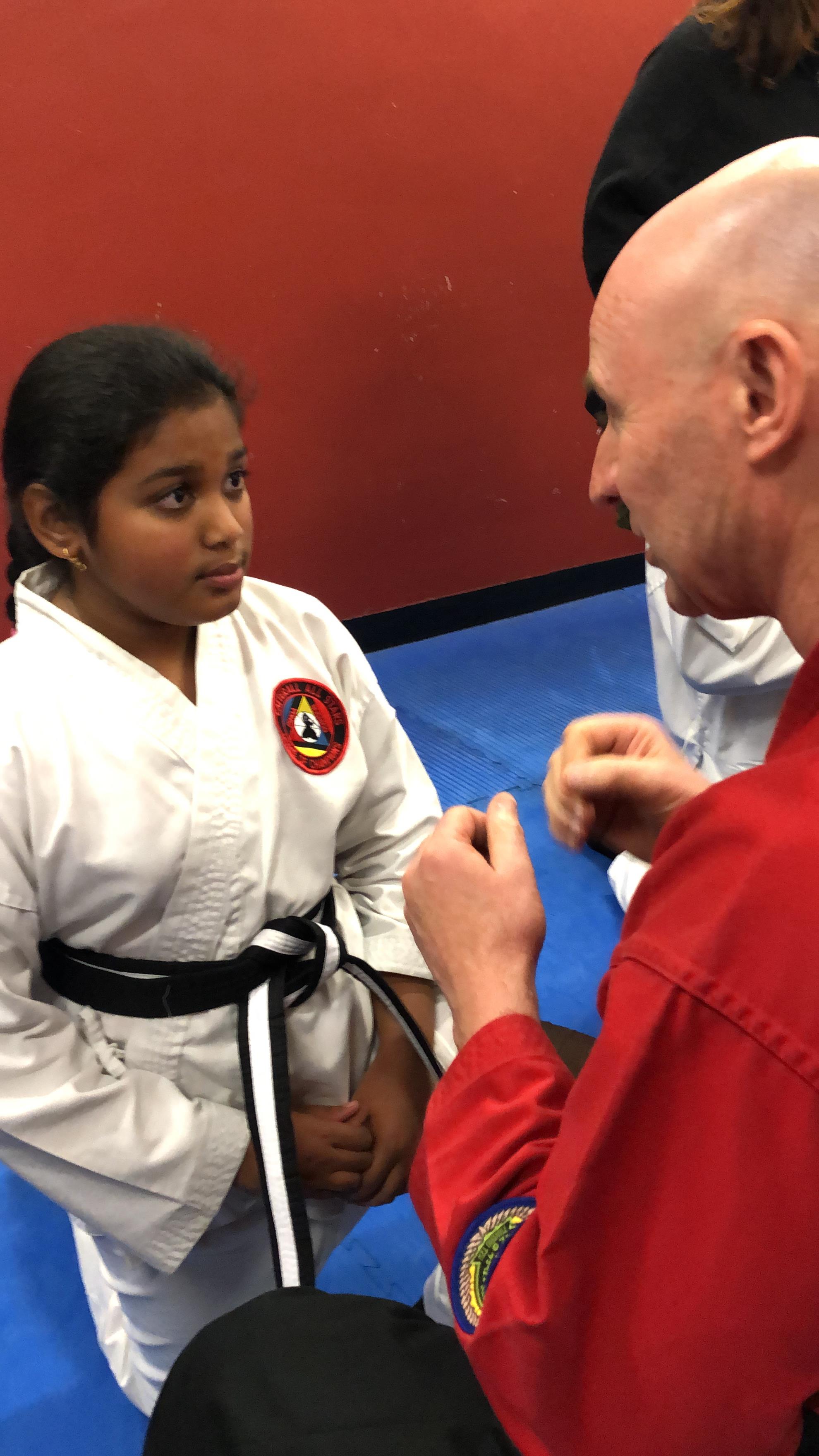 Upon completion of the black belt grading each student is asked to resite the black belt pledge & make a solemn promise to All Stars Martial Arts Academy.

All students attaining black belts read aloud “I vow to live my life by the principles of a black belt, sincerity, modesty, courtesy, self control, etiquette, integrity & an unbeatable spirit”.

Hasini was presented with her black belt at the end of the grading, passing with exceptional results. Upon being presented her black belt, all passing students were asked to wear their new belts for 72 hours after the grading to remind themselves and everyone else of all the hard work & commitment it has taken to reach this level.