On the 1st December, 1839, the barque “Glen Huntly” sailed from Scotland under the command of Captain Buchanan with over 150 emigrants aboard. Just over 4 months later, on the 17th April, 1840, the “Glen Huntly” arrived at its destination, Hobson’s Bay, off Williams Town. Upon arrival it was learnt that passengers had died from typhus during the voyage, thus it was declared a ‘fever ship’ and was ordered to cross the bay and anchor off the Bluff – Point Ormond. Two quarantine camps were established. During the quarantine period, supplies for the passengers and the crew were taken along a track, which is now called Glen Huntly Road. The settlement, which slowly developed, was called Glen Huntly and the expansion of the suburb really took place after 1907.

In September 1910, a deputation was led to establish a school in Glen Huntly. In 1911, a new school, described as an annex of the Carnegie School, was approved and was set up in the Congregational Church Sunday School Hall in Grange Road. In January 1913, the school was transferred to the Salvation Army Hall nearby.

Glen Huntly State School was opened as an independent school on the Garden Avenue site on 14th March, 1914. It consisted of 3 classrooms, built to accommodate 168 children but very quickly it became overcrowded. The idea of building a second storey on top of the existing school was abandoned and additional land on the opposite side of Grange Road was purchased.

In August 1921, the 3 storey school building on the East Site of Grange Road was completed and the original Garden Avenue school building was closed. The new school building had 9 classrooms. The problems of overcrowding continued to afflict the school in spite of the new building due to the continued rapid increase of enrolments and attendance. 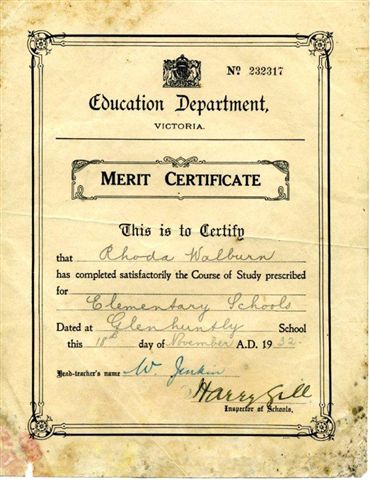 By February 1923, the Garden Avenue school was re-opened when enrolment reached 502. By 1926 enrolment was 930 and the Sunday School building and Presbyterian hall were both rented to accommodate a few classes. The situation was relieved in 1928 when another local school was built.

A Rural Training School for the Toorak Teachers College was established on the Junior Site – one classroom was set aside for all grades from Prep – Grade 6 and the children tended to remain in this same class with the one teacher for their entire stay at Glen Huntly.

In 1971, the pedestrian overpass over Grange Road was built creating a safer passage for children crossing the busy thoroughfare.

In the early hours of 29th October 1981, there was a devastating fire which destroyed the Senior School’s administration area, staffroom and 3rd floor classroom. The fire also destroyed all the school’s honour boards, class rolls, photographs and other memorabilia. Two years later the school celebrated the re-opening of the burnt section. A time capsule was placed in the ceiling above the school office, to be opened on 23rd October, 2033. 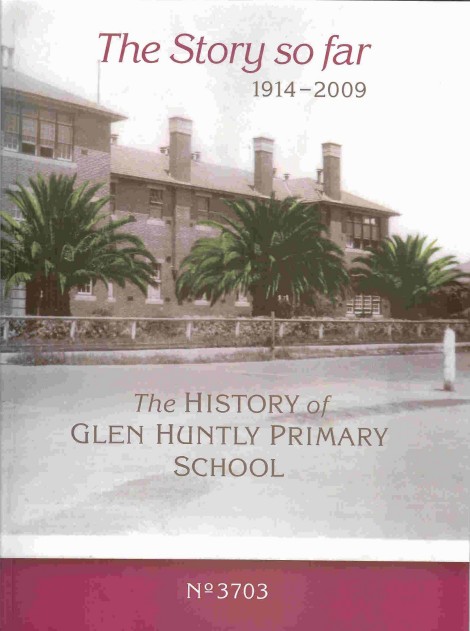 In 2009, GHPS celebrated its 95th birthday. All past and present students together with the current school community were invited to attend. Special assemblies, activities, afternoon tea and historical displays marked the day. “The History of Glen Huntly Primary School 1914 – 2009” was launched.

During 2010/2011, major renovations and building works commenced on the Senior Site to compliment the new Art and Activities Centre built on the Junior Site.

Over the years, the school has been well equipped with playground equipment, air-conditioners, whiteboards, computer network and beautiful, extensive grounds. 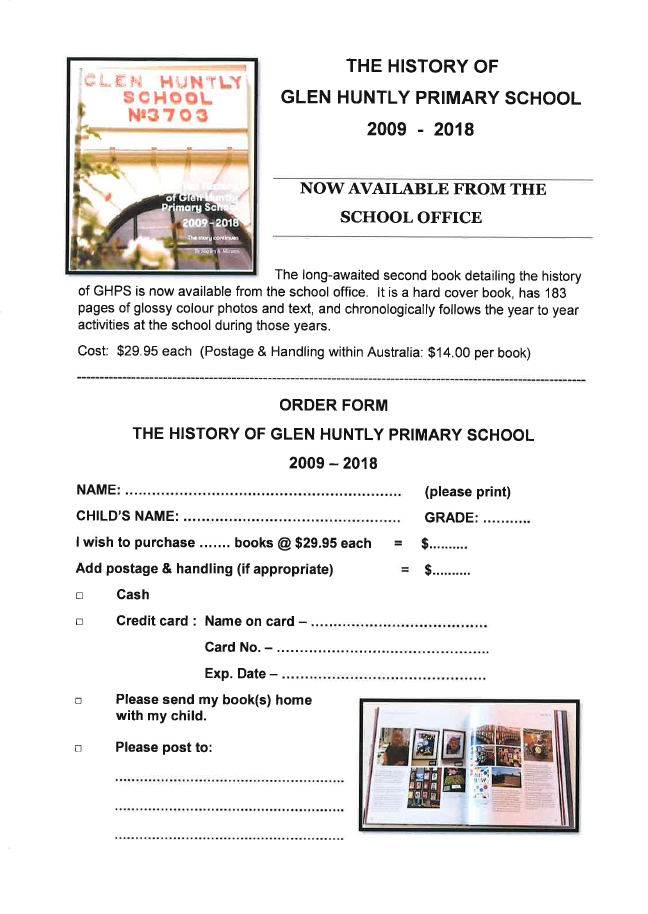