On Tuesday 13 September, we held our inaugural Science Expo night. The school displayed engaging Science exhibitions and interactive activities that students from the entire school have been investigating during the term.

The night was a resounding success, as the school community came out in force, keeping the senior school abuzz with parents and students actively engaged with the wide variety of exhibits and activities.

We would like to particularly thank Dr Fiona Scholes (mother of Arnaud and Claudia) for presenting a fantastic display on CD spectroscopes that examined the component colours of different light sources. 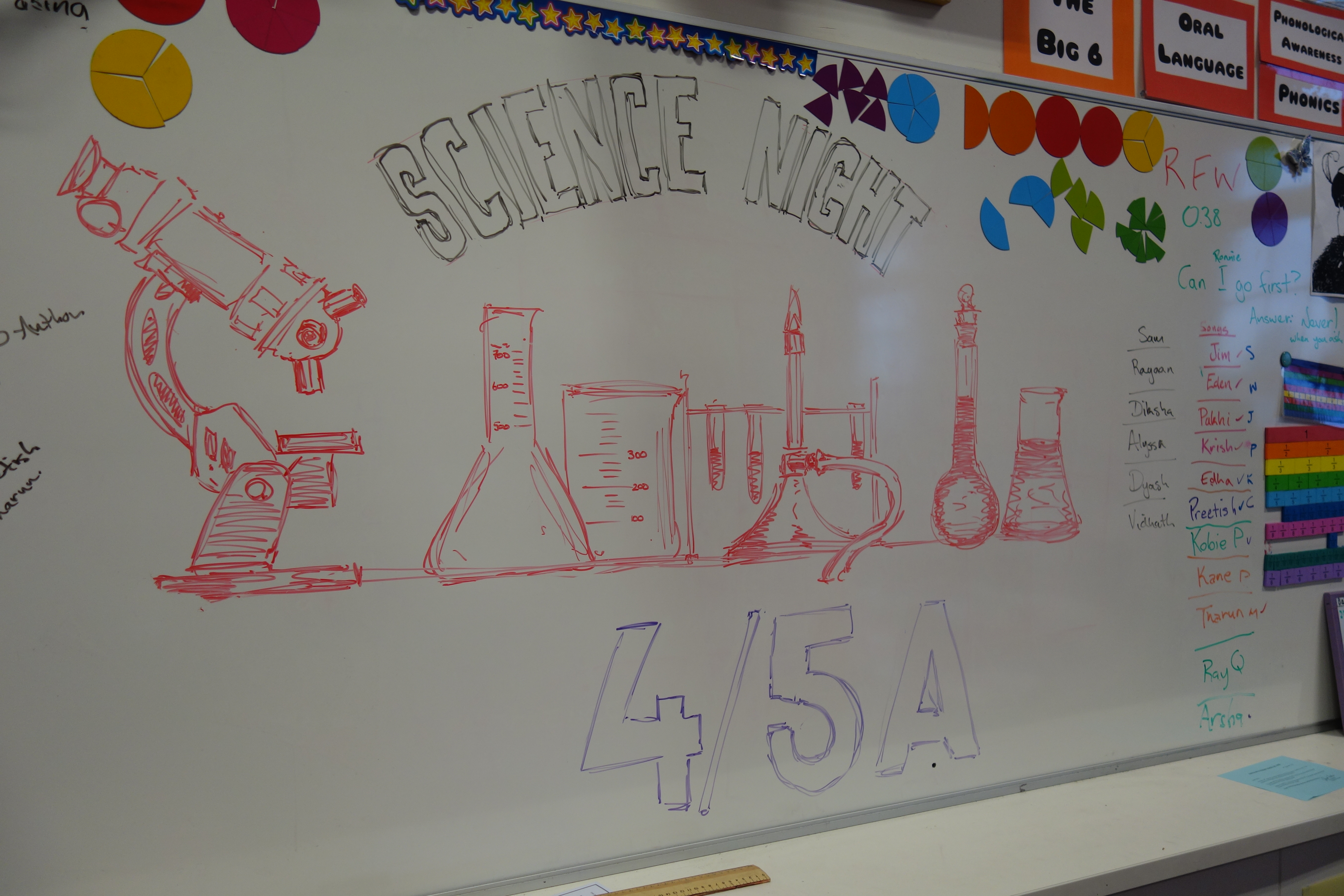 Prep students have been exploring the different ways things move, looking at themselves, objects and animals. They have discovered that the size, shape, material and function of things, changes their movement.  They displayed movable puppets and joined in with Year 1 and 2s for a shadow puppet display along with an interactive maze.

The Year 1s and 2s have been exploring Sound and Light. When investigating different sounds, they have discovered that sound is caused by vibrations travelling through the air. Rubber band experiments have been conducted to see the varying vibrations when pulled or flicked. Body percussion has also been explored by creating the sounds of different weather events using our bodies. The group also investigated the different roles that light plays in our lives.  Their display included build your own cup phones and interactive shadow puppet displays.

Year 3 students have been learning about Force and Motion.  The students conducted and observed investigations to explain and determine what factors affect motion. They have learnt how forces can be exerted by one object on another through direct contact or from a distance. As young scientists the students have been involved in making predictions, describing patterns and relationships, making carrot cars, investigating different types of axles and designing and making their own cars. The Year 3 rooms displayed a range of activities including build and test your own carrot car and create your own paper helicopter or make your own balloon rocket. 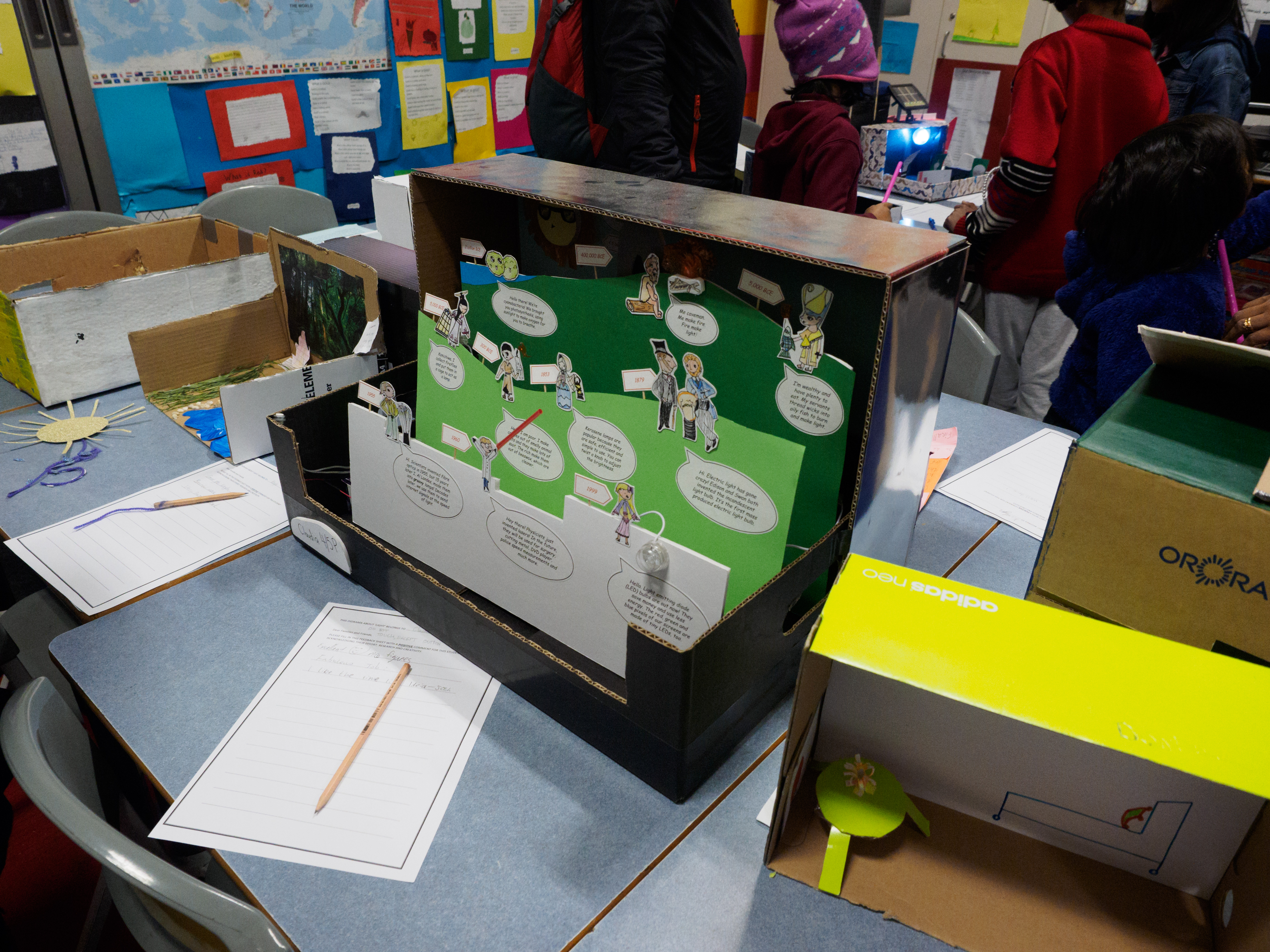 The students of the 4/5 classes have been investigating Light with a lot of hard work and toil being put into the dioramas that were on display.  They also displayed poetry about light and created pictures made of light through slideshows and photographic displays. 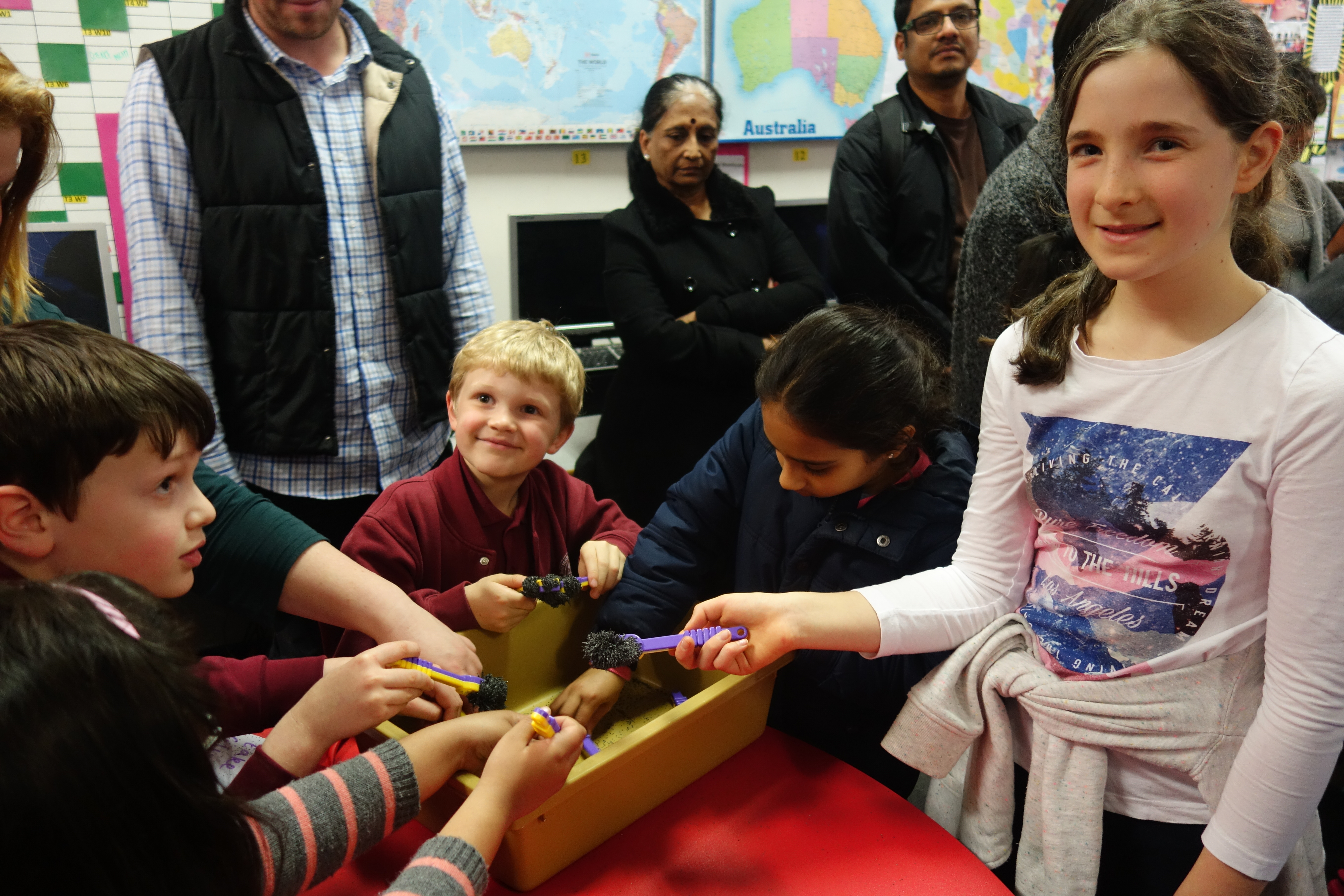